TheHighClub is not just another online cannabis dispensary. We are dedicated to making it easier for Canadians who require medicinal cannabis therapy to access a premium quality-controlled supply of cannabis at an affordable price. We also value your privacy and data, and therefore we have taken the necessary precautions to ensure that they are safe. Please read our Privacy Policy for more details. At TheHighClub, we also strongly believe that a satisfied customer is the best business strategy of all.

The difference between cannabis (marijuana) and cannabinoids

Are cannabis and marijuana the same thing?

People often use the words “cannabis” and “marijuana” interchangeably, but they don’t mean exactly the same thing.

Cannabinoids are a group of substances found in the cannabis plant.

What are the main cannabinoids?

How many cannabinoids are there?

In addition to THC and CBD, more than 100 other cannabinoids have been discovered.

Drugs containing cannabinoids may help treat certain rare epilepsy, nausea and vomiting associated with cancer chemotherapy, and loss of appetite and weight loss associated with HIV/AIDS. In addition, some evidence suggests that cannabis or cannabinoids have a certain effect on chronic pain and symptoms of multiple sclerosis. Cannabis does not help glaucoma.

Winner of our Guess-The-Weight Contest 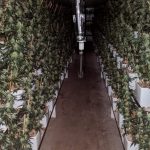 Why is B.C. home to the finest cannabis in the world?